This post contains affiliate links. All that means if you use a link to purchase one of the products I mention, I receive a small commission. This is no added charge to you! It helps me continue to create awesome content for you guys! 🙂

We finished our final co-op towards the end of April! I’m just getting back into the swing of things from a month off from everything…homeschooling included!

Be on the look out an upcoming post to tell you how we pulled that one off!

As the school year winds down, I always take introspection as to what we covered, what was learned and explored, I have a series of *mini freak out moments* hoping I “did enough”, etc., etc.! I’m sure many homeschoolers have similar feelings. 😉

The Able to Teach Homeschool Collective successfully met as a virtual co-op for the first time ever from September 2020 to April 2021! We had a total of 18 families and 27 children!

What was years in the making finally came to be! And I couldn’t be happier!

We spent the entire year trekking through the Ancients. Our main text for the co-op was The Mystery of History Vol. 1. My family also used tons of other books which I’ll send as a part of the master book list when I finalize the lesson plans and the curriculum for the Ancients. Trust me it’s a worthy investment! I hope to have it available for purchase just in time for the new school year! 😉 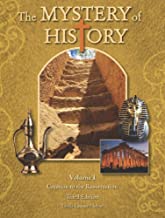 We started at the VERY beginning and learned about the creation of the world, dinosaurs, the Ice Age, the Tower of Babel, and Noah and the flood.

We traveled to Ur which was a city in and the ancient civilization of Sumer (not summer…which is what the kiddies in my co-op now know by heart!). I read the Epic of Gilgamesh with my own children which was most likely history’s oldest known fictional story. It’s significant because it came from Ur. 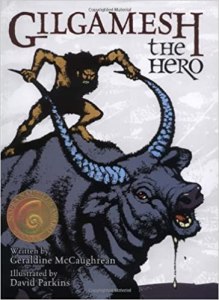 We learned about Ancient Egypt along with Israel’s forefathers, the first of whom being Abraham who was from Ur. We traveled along the Tigris and Euphrates to examine the many different people who lived along their banks.

My big girls read this book on their own for additional information. 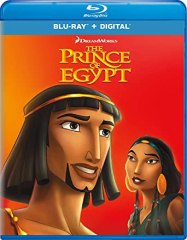 We watched The Prince of Egypt after studying Egypt. We then compared and contrasted the Biblical account to this movie.

Our take on the Euphrates…we didn’t have room for the Tigris. 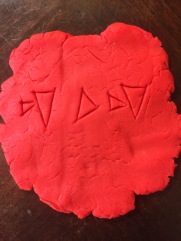 (Get Egyptian News. Get The Prince of Egypt.)

A ton of time was given to the Cradle of Civilization’s inhabitants. We studied the Phoenicians who were originally the Canaanites.

We clashed with the Babylonians who rose from obscurity led by Hammurabi and his code of justice, to establish a lasting empire for many years only to be defeated by the Assyrians and then again by the neo-Babylonians led by Nebuchadnezzar.

We went to Palestine to see the kingdom of Israel split in two. It was then over taken by Babylon rule. We witnessed the rise of the Medo-Persians and then the Greeks. We learned of the great Greek scientists and philosophers, tested Pythagoras’ theorem, recreated Archimedes’ experiments.

We also reveled in the great myths of Zeus and the rest of the inhabitants of Mount Olympus as we thoroughly covered Greek Mythology.

(Get The Gods and Goddesses of Olympus. Get Hour of the Olympics)

Much time was spent with my children reading The Iliad. We relived Troy’s fall to Achilles and then wandered with Odysseus on his 20 year journey back to his bride in the Odyssey.

We read the Greek writer, Aesop’s fables, and learned about the evolution of the calendar, and studied the planets and how they got their names from the Greek gods.

We learned about molecules, atoms, protons, neutrons and electrons who were first studied by Greeks like Democritus who got a lot wrong about them but did get some things right. My high school physics teacher Mrs. McGuiness (I met my hubby in her class so she has a special place in my heart!) even stopped by to teach a lesson. The kids had a blast with her experiments! She had this really cool Table of the Elements puzzle the kids had to assemble and they made gumdrop atoms. Yum! 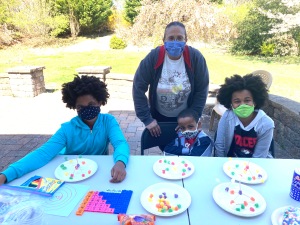 We came to Ancient Rome and learned about the Coliseum and Spartacus’ uprising. We learned about the drama of Julius Caesar, Cleopatra, and Mark Antony. Then we came to the crowning pinnacle of Rome’s empire when Octavian became Caesar Augustus…the same Caesar in power when Jesus was born!

And now, as we make our final approach to the end of our school year as a family, we find ourselves studying the human body.

Hippocrates, the Greek father of medicine, had much to say about doing no harm. This very idea still shapes the modern medical field and parts of his oath are recited by countless doctors to this day.

He believed the body consisted of four “humors”, or liquids that regulated every part of our body. They were phlegm, blood, black bile and yellow bile. What he thought about these liquids may have been a bit off, but he was not wrong that our bodies contain all of them.

We are now covering the various systems that work in conjunction with one another to create a streamlined machine.

Each of my kids chose a body system to explore and research. My big girls have been working on independent research papers and related projects, while Curt Curt (8) and I have worked more closely together.

Here’s one other fun book we used this year. I love to draw and I have some budding artists in my house so this is a good one!

Overall, this was a very fruitful year and I’m excited for what’s next!

I’m not going to lie, sometimes, I still doubt myself and wonder if I’m doing enough or if my kids are “getting it”. But when I take inventory and review the year in this way, it helps to settle my weary momma heart.

What did YOU study this year?

Who knows, you might spark some ideas as I begin planning for the upcoming school year’s co-op and for my kids.

Published by Courtney B. Dunlap

Christ follower. Wife. Mother. Friend. Writer...and excited to grow! I believe there's a need for more down-to-earth online spaces in which moms like you and me and anyone else in-between can explore the in's and out's of homeschooling free from competition yet rich with encouragement. My hope is that all that you find here will provide just that! View more posts

2 thoughts on “A Fruitful Year!”

This site uses Akismet to reduce spam. Learn how your comment data is processed.